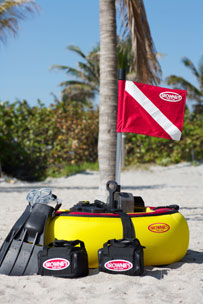 Since 1969, Brownie’s Marine Group has forged the path of the recreational surface supplied diving industry. For more than a decade now; attempts to convert from a gasoline power source to battery alternatives have fallen short of the customers’ expectation. Discipline, inspired inventing, and perseverance have once again come together at Brownie’s Marine Group to produce a legendary leap forward in diving technology; the Diver Demand-Variable Speed operating system.

Typical compressor systems operate at a fixed speed regardless of diver activity. Fixed speed devices release un-used compressed air thru a pop off type valve; a considerable waste of raw energy. To date. fixed speed devices have proven to be fairly inefficient. Diver air consumption is highly variable and intermittent; breathing pattern and depth laying the major roles. The challenge was to develop a compressor system that could respond to the divers demand, regardless of breathing rate or depth. 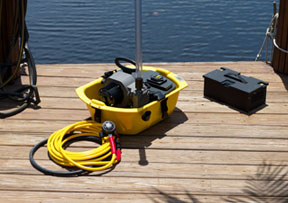 Brownies Marine Group is now proud to announce a revolutionary solution to this problem. The patent-pending VS system accelerates upon system pressure drops, slows with rise and stops upon total cessation. The programmed controller responds in a very natural and intuitive pattern to the diver's steady state or fluctuating demands; allowing Brownie's to finally Go Green. Once again, Brownie's Marine Group is raising the bar and setting the standard in the Dive Industry. 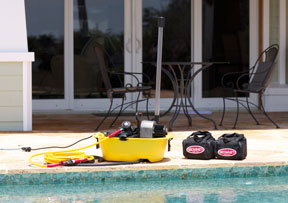